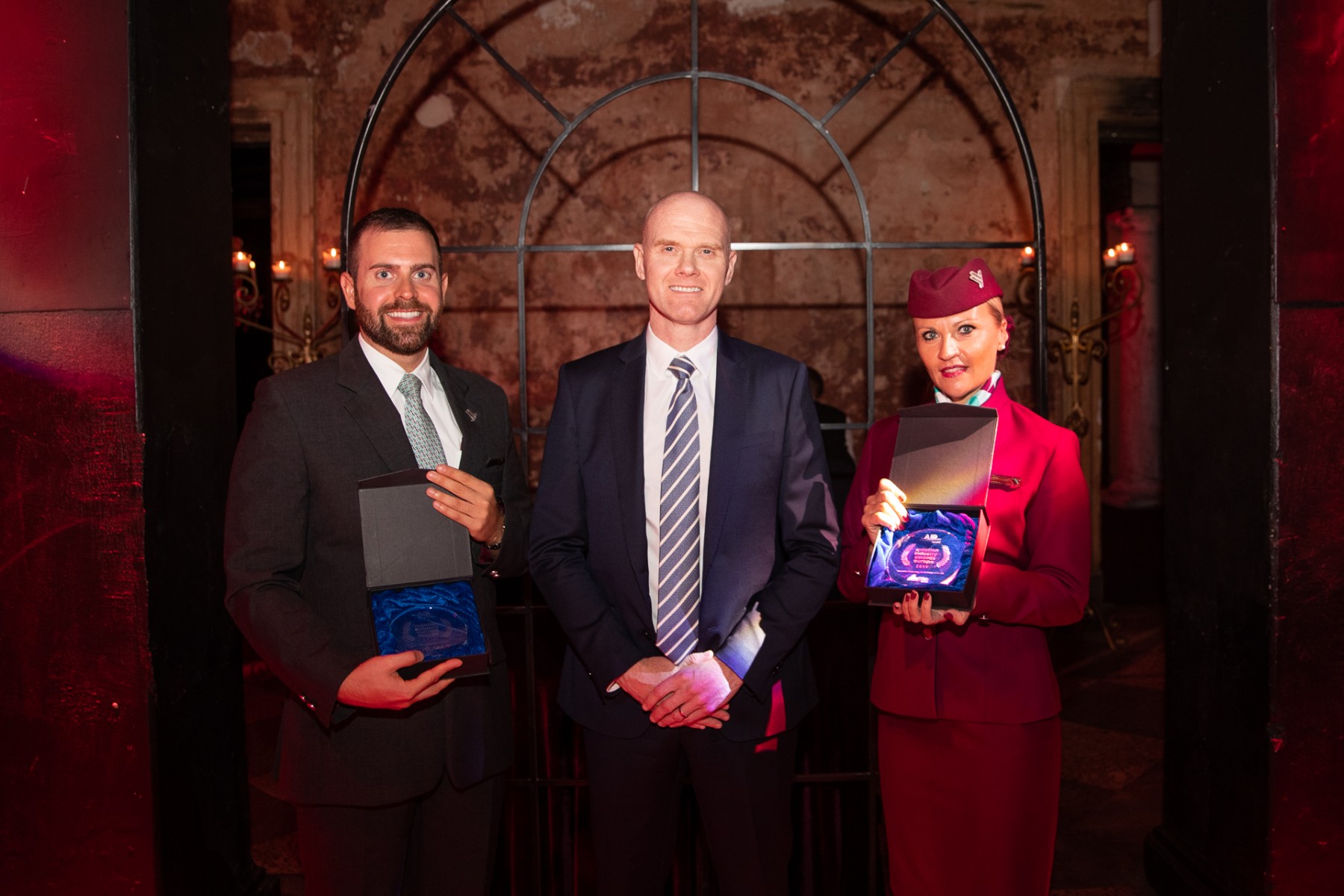 Air Italy is pleased to announce that it won two awards – the Diversity & Inclusion Award and the Most Captivating Marketing Project Award – at the AIR Convention Europe Awards held in Lithuania Tuesday evening.

The Diversity & Inclusion Award was won by Air Italy on the basis of it being the first airline in Europe to introduce the non-binary gender option on its website, offering a third gender option, X, for those passengers who do not define themselves as male or female.

Air Italy also won the Most Captivating Marketing Project Award on the basis of its comprehensive and integrated sponsorship of three key Pride events in 2019 in Toronto, Milan and Sofia.

Rossen Dimitrov, Air Italy's Chief Operating Officer, said: "AIR Convention is a significant event in commercial aviation, with high-level representatives from the world’s leading airlines, airports, and other key industry players, and therefore winning two awards here is a great source of pride for us.

“Over the course of 2019, we have through a series of brand campaigns, activations and business decisions demonstrated our brand values in action. In particular we have focused on inclusiveness and the freedom of choice as exemplified by our leading the industry in being the first European airline to introduce the non-binary gender option on our website and our comprehensive support for Pride in several key markets. Those two awards are a testament to those efforts, and I would like to thank all those passengers and aviation professionals who have supported and voted for us in these awards.”

The Diversity & Inclusion initiative of the year award was designed to recognize a project or initiative that aims to increase diversity in hiring policies or other aspects of the aviation industry, in order to offer greater opportunities to minorities.

“The most captivating marketing project of the year award, in its turn, aimed to reveal projects that helped to improve a company’s brand image, awareness and attract new customers,” said the AIR Convention Organisers.

These two new awards double the number of accolades Air Italy has won this month.

Earlier this week, Air Italy was awarded most LGBTQ+ Friendly Airline in Italy 2019 at the 4th edition of QPrize awards, organized by Sonders and Beach Italy with QMagazine in collaboration with IGLTA (International Gay and Lesbian Travel Association), while last week it was rated as a 2020 Four Star Global Airline in the annual APEX Official Airline Ratings in Los Angeles.