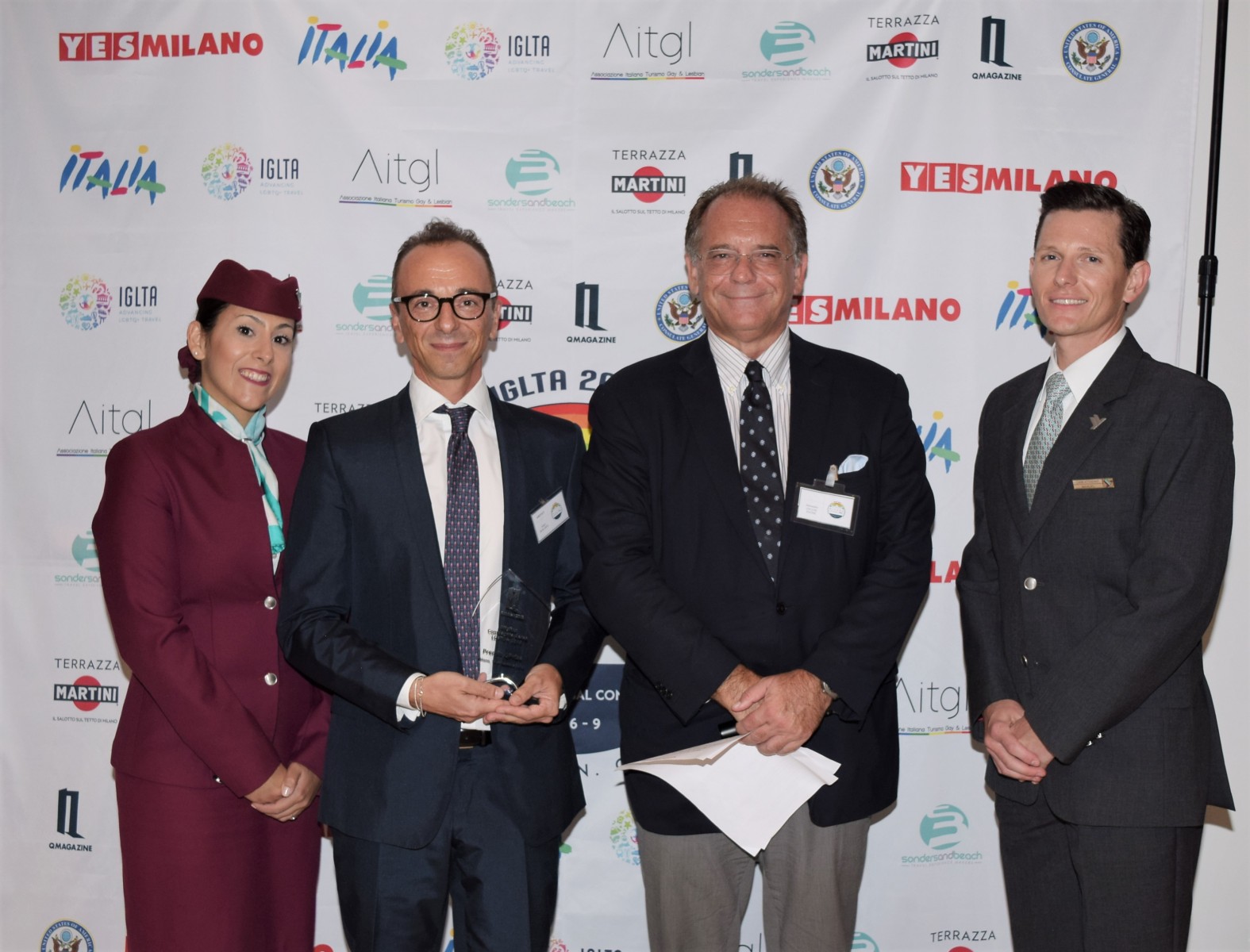 Air Italy has been awarded a QPrize as the most LGBTQ+ friendly airline in Italy at the 4th edition of QPrize awards, organized by Sonders and Beach Italy with QMagazine in collaboration with IGLTA (International Gay and Lesbian Travel Association).

Air Italy received the award in the elegant setting of Terrazza Martini, in front of an audience of leading personalities of the LGBTQ+ community and international tourism associations, including John Tanzella, president of IGLTA and the president of the New York Tourist Board, Alessandro Cecchi Paone, at the event which was organized with the support of the US Consulate in Milan, ENIT and the Municipality of Milan.

Rossen Dimitrov, Air Italy's Chief Operating Officer, says: "Winning an award like the QPrize is extremely important for us. One of Air Italy's core values ​​has always been inclusiveness, defined as freedom of choice and the promotion of beauty, in all its shapes. Over the course of 2019 we have carried out many projects to actively support and promote the LGBTQ+ community around the world and we are extremely proud to receive this award as it reinforces our commitment to promoting inclusive tourism, which images the world differently."

“We are very glad that our survey has rewarded Air Italy as the most LGBTQ+ friendly Italian airline. We strongly believe in the company’s commitment, which is fully testified by the support given to the most important LGBTQ+ community appointments,” states Andrea Cosimi, editor-in-chief of QMagazine.

During 2019, Air Italy has been partner of Toronto, Milano and Sofia Pride, and in June became the first European airline to introduce the non-binary gender option on its website.